Audiences at major league sporting events stand with us to support our troops. Via live teleconference with deployed military teams, thousands of sporting fans pay tribute to the men and women serving our country.

How the Pro vs. GI Joe Live Salute works:

It gives people chills and the troops LOVE knowing that they’re connected to a fun event back home. It’s the little things that count!

What our fans say!

JFI works hard to do good

I've worked with plenty of non profits. JFI is a stand out with its ability to open doors, work efficiently, and make a HUGE difference. 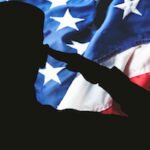 I've never seen anyone hustle quite like Greg Zinone. He's approachable, has the highest integrity, and works his tail off. This is why athletes and teams love working with JFI. Pro vs. GI Joe has been a beacon of hope for the troops serving to protect our country.